Globe artichokes (Cynara scolymus) are part of the thistle family – so in the right climate, they grow like weeds. Beautiful, delicious (non-invasive) weeds.

We’ve planted a lot of them amongst our edible forest garden as a stunning (and tasty) perennial. When it comes to eating them, it can initially be a tad confusing about how to cook or preserve them. When I first started trying to eat these plants, I remember boiling them for far too long and then kind of just mauling them – and being super disappointed and baffled – but friends, times have changed. Here’s how we most commonly eat and preserve them – I hope it helps you avoid the baffled mauling I initially did! How to eat them…

But there’s only so many artichokes you can eat, which is where preserving comes in handy.

How to preserve them… 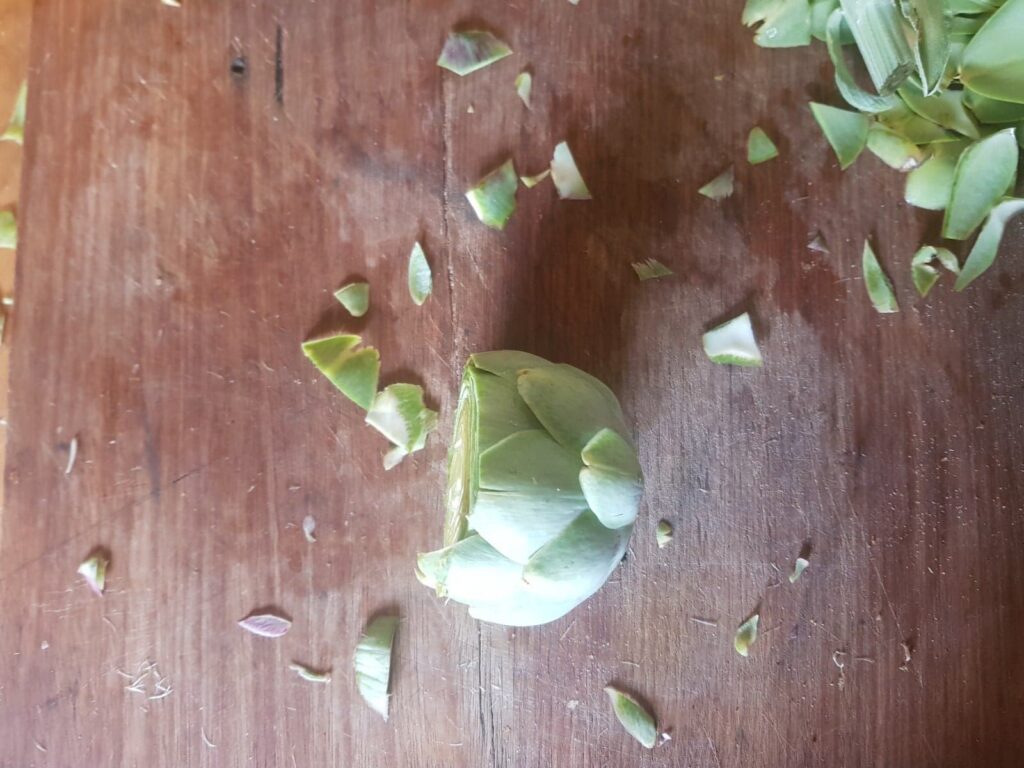 Top and tail the artichokes.

Then remove the outer (tougher) petals as these won’t soften and are mostly not edible. 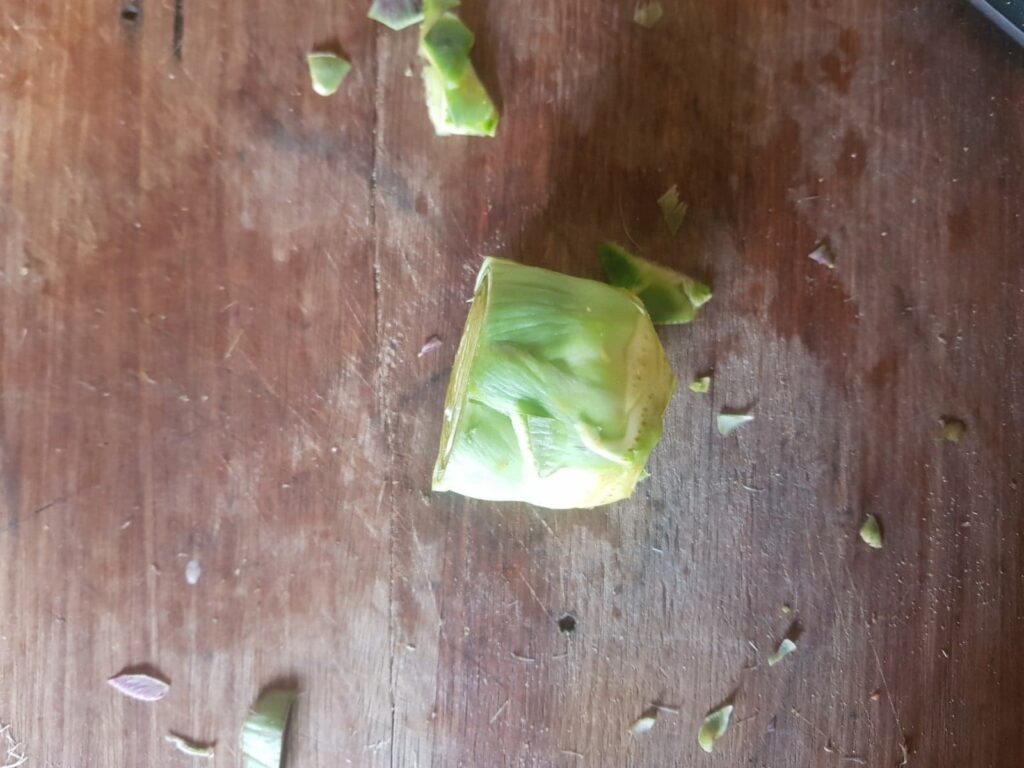 I then chop them in half as this is the size I like to eat them in once they’re preserved. It’s also helpful to make all the pieces a similar size so they cook at the same rate. For some of the larger flower buds they may have developed a spiky fur inside. The younger buds can have a softer (non offensive) version of this which you can see forming above (edible and delicious – don’t worry about it). 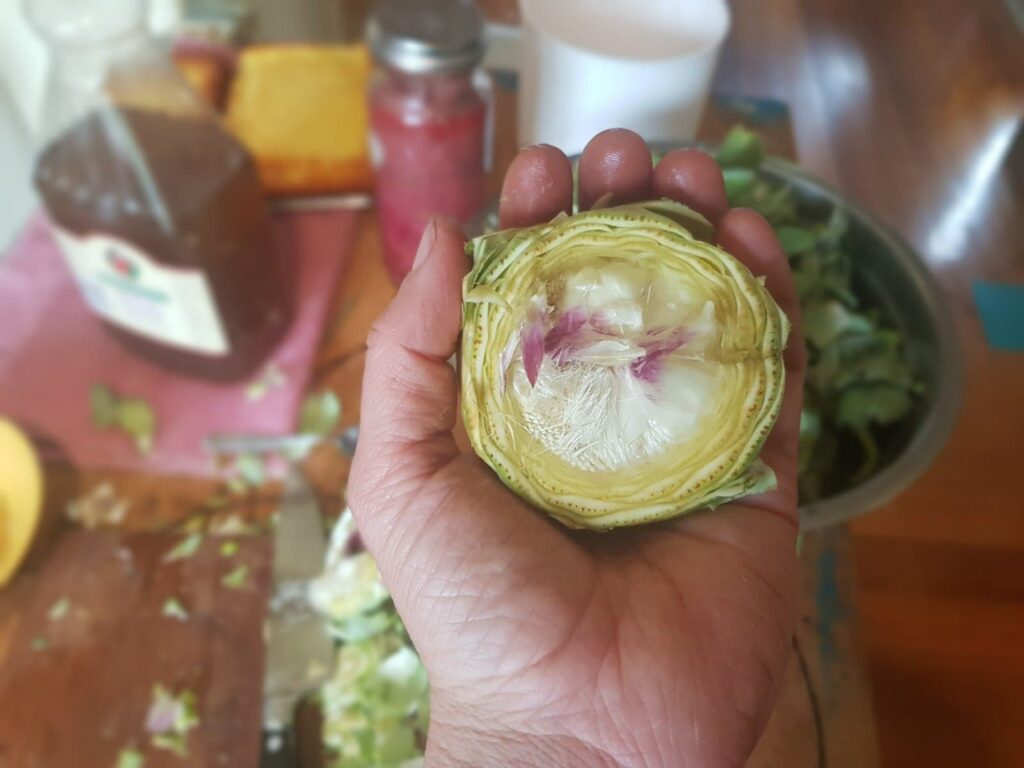 I use a spoon and scoop it out. See before photo above and after photo below. The same heart can be seen below – just chopped in half ready to be cooked. You can see the spiky fur stuff I’ve scooped out to the right – compost it. 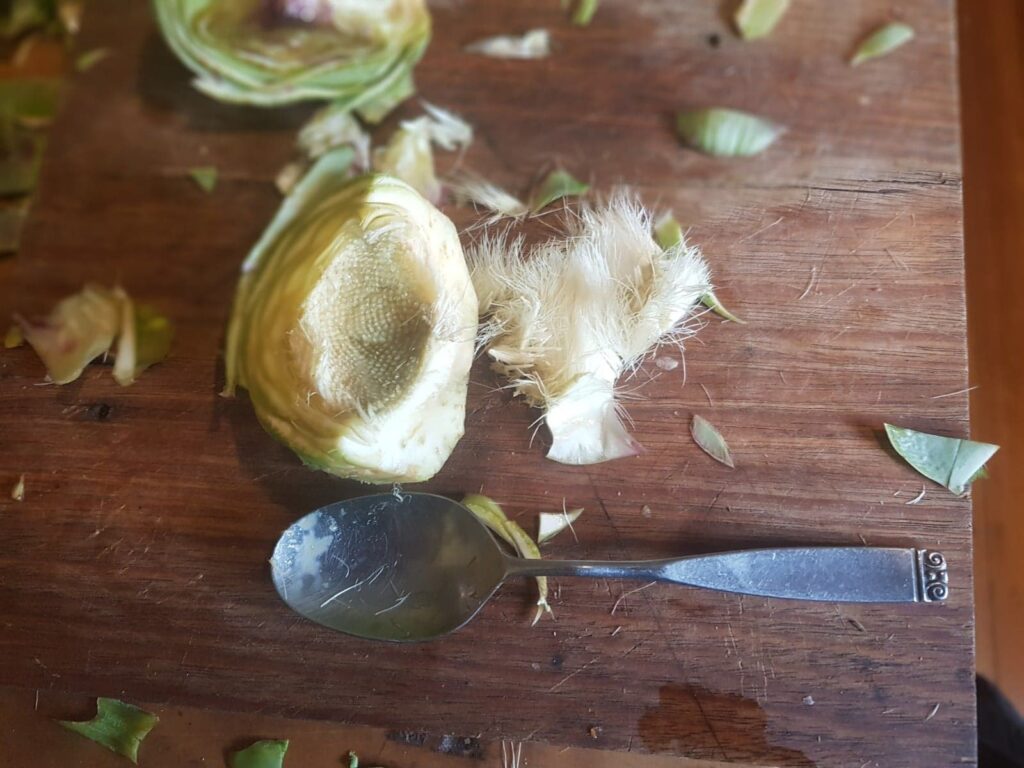 If you’re preserving LOTS of artichokes, have a bowl of water and vinegar (or lemon juice) you can soak them in while they wait for you to be ready to cook them. This will stop them from going a yucky brown colour.

Once you’re ready, pop them in a pot with water and a steamer and cook until their soft enough for a fork to go through them easily. 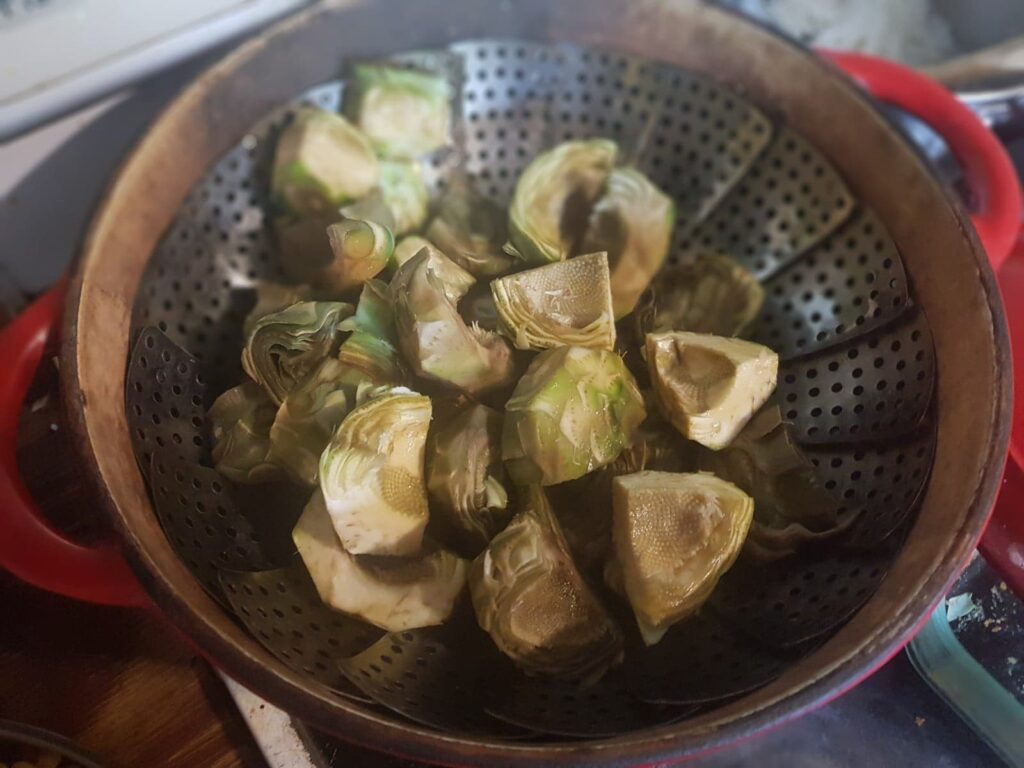 While they’re cooking, it’s time to make a vinegar solution which is what will actually preserve them on the shelf. You’ll need:

Mix them all into a pot, bring to the boil and then let it simmer while the artichokes are cooking.

Once the artichokes have finished

Pop them straight into sterilised glass jars and pour the vinegar solution over them so every bit is covered. Either screw the lid of the jar on, or use a fowler vacola lid system* and store on the shelf until your’e ready to eat. I recommend leaving them for at least a week so they have good flavour. 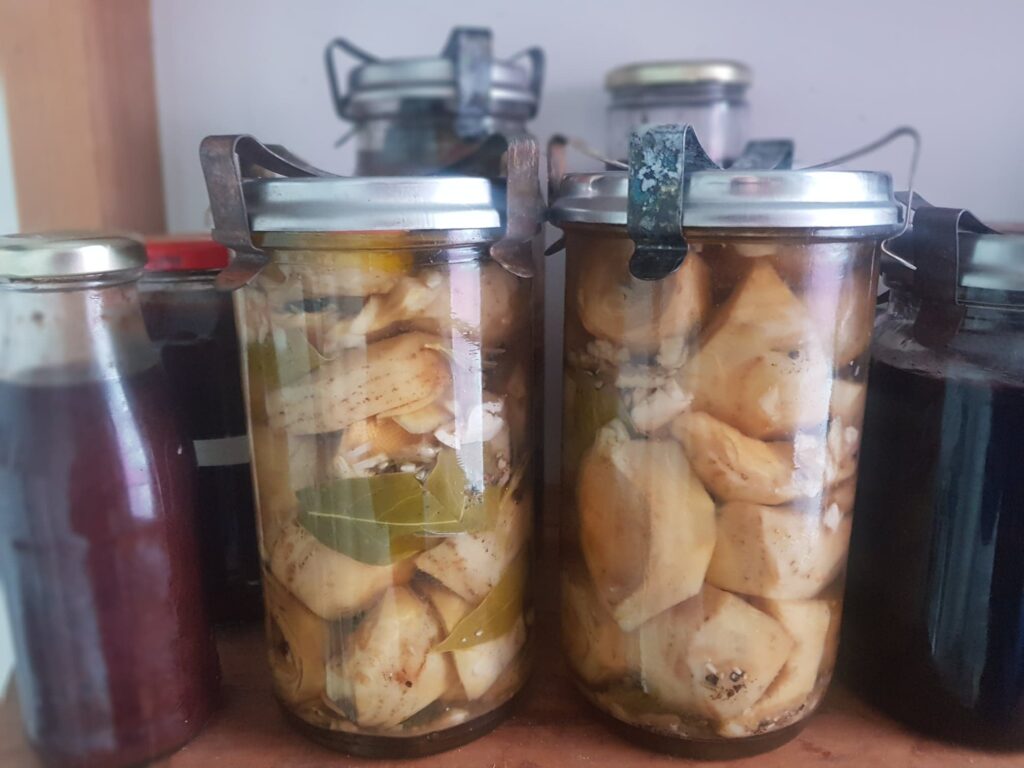 One more thing. I get a lot of people saying to me – why do you even bother doing this? You only get such a little product from a huge plant – isn’t this wasteful?? True. Like many delicious food things, it takes effort, time and the actual globe artichoke heart is approximately 1% of the plant that you grow. I grow/eat/preserve them because they’re so prolific in their growth (remember they’re related to thistles) and so abundant in their yields that it makes it very worth while. Also it’s just so yum!

*This isn’t compulsory, we just happen to have lots of these jars so are using them.

6 Responses to “How To Cook & Preserve Globe Artichokes”