We’ve been using beeswax wraps for quite a while now and like them so much we decided to start making our own.  We’ve tried two approaches, the first just 100% beeswax from our beehives and the second with beeswax, pine resin and olive oil.  The wax and resin makes a  better wrap, albeit with a bit more work… Tally ho, here’s what we did. Beeswax is harvested from our bees.  We melt the harvested wax with water then sieve through a sieve then muslin.  Let set and drain off the water, This leaves fairly clean beeswax. You can also just go buy some. That yucky wax and cappings and occasionally dead bee turns into clean wax, ready to be grated. Frida – getting in on the action 🙂

We experimented with simply grating beeswax on some cloth and putting it in the oven.  Simple, a beeswax wrap. This works, however it’s not as sticky as we’d like it, being unable to mould and stick to complex shapes.  That said, its good enough to keep a blue cheese in a carefully colour-coded blue wrap. 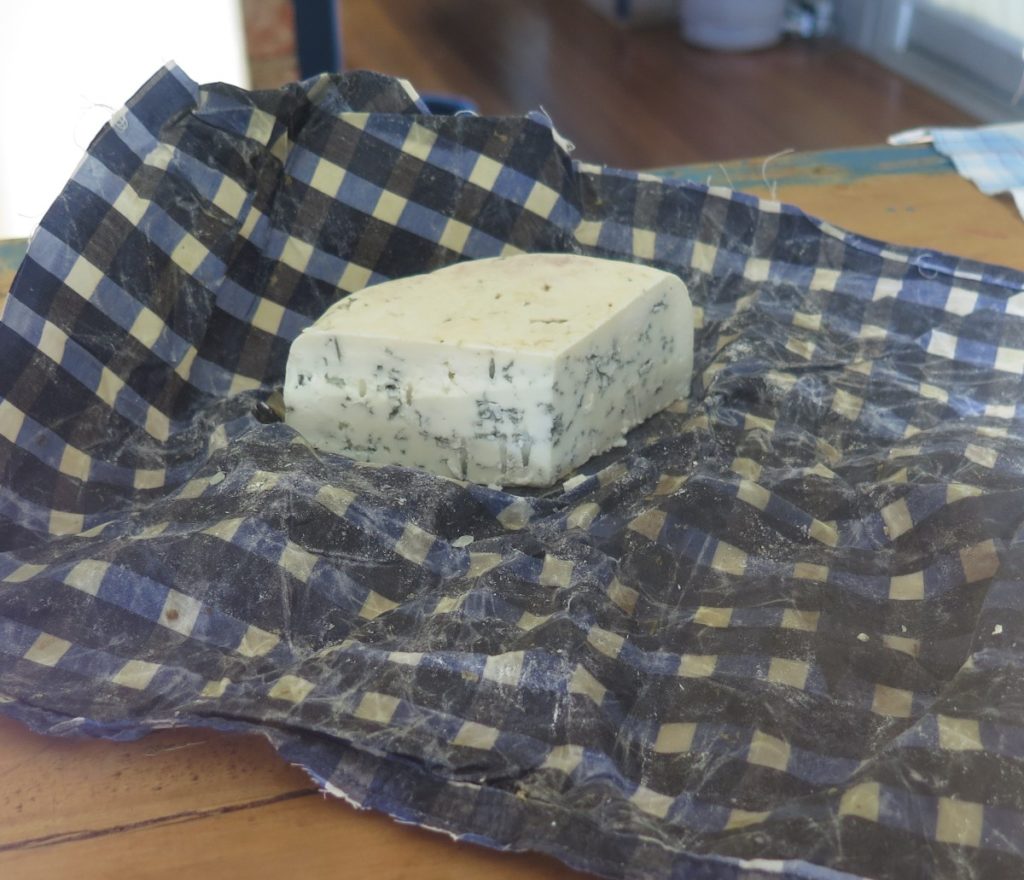 Enter the beeswax and resin wrap.  Mixing beeswax, pine resin and a bit of olive oil creates a superior wrap.  The method is fairly strait forward.

Pine Resin is  the sap of pine trees that is used as part of its healing process.  You can harvest your own which we tried by visiting various pine trees in the hood and scraping dried globules of wax.  It was pretty slow going for me (not that many pine trees around here) and harvested around 50 grams in an hour.  At some point, I decided to go and buy some from the art supply store for $50 for 500 grams. Enough to last us a loooong time. The wax, resin and olive oil is is placed in a jar or saucepan in a double boiler (another saucepan of water).  It takes a few hours for the whole mass to incorporate.  The pine resin forms a toffee like texture for a while before dissolving into the wax.

Once the mixture is melted and combined it can be used immediately or stored for later, simply re-melt at a later point. The fabric.  We searched the material box and also scoured the tip-shop for nice cotton scraps (thanks to our friend Tom who works there).  We washed the cotton and dried each piece of material. To apply the wax mixture we used a paint brush to paint onto the cotton.  Under each section of cotton we put some greaseproof paper to stop it sticking to the table. On some materials the wax mixture did not penetrate the material.  We placed each wrap in the oven at 100 degrees C for around 5 minutes.  This let the wax mix fully into the wrap. 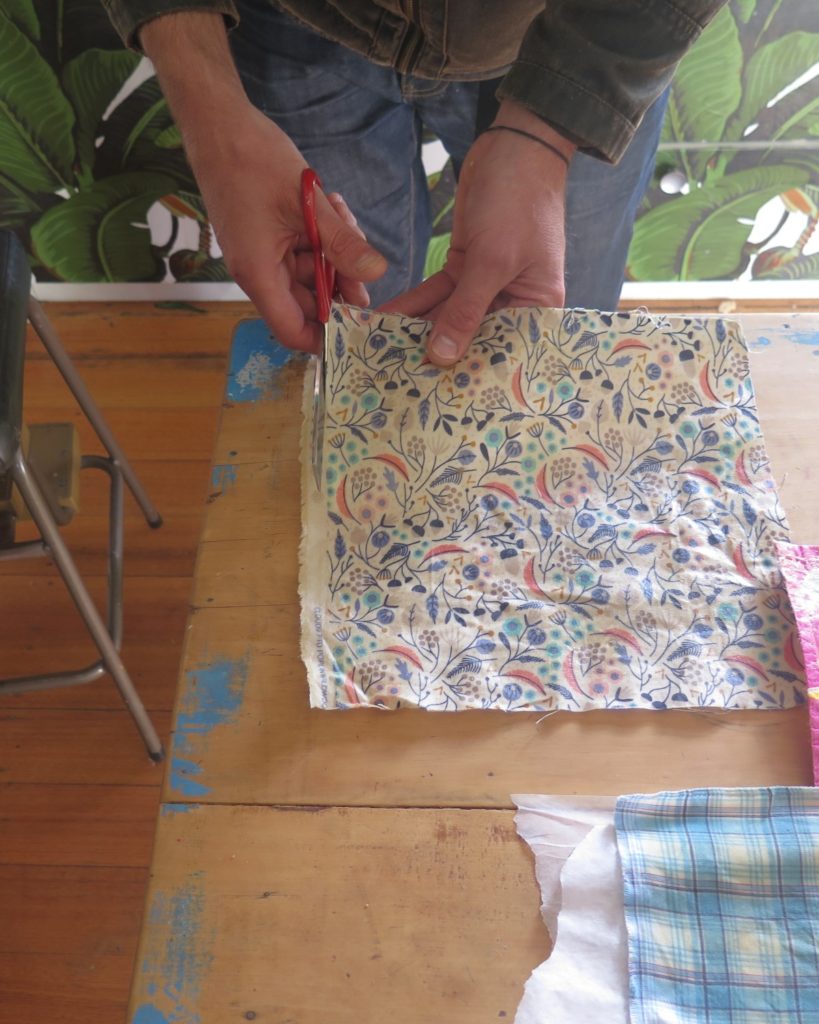 How cool is this stuff.  Its tacky, its sticky, it moulds to shape and holds in place.  Oh, it smells kinda nice too, a bit like a sauna 😊  Maybe we should make some for christmas presents? 16 Responses to “How To Make Bees Wax Wraps!”