While Hobart’s a tiny city compared to some, it still has dense inner city living happening. Some of our friends (David and Frances) live in a beautiful heritage building in central Hobart and while they’ve love it they’ve long hankered for some garden space beyond their pots of herbs.

Being the wonderful people they are, they eventually managed to get the rest of the body corporate equally as excited in the idea and after much planning they now have this. 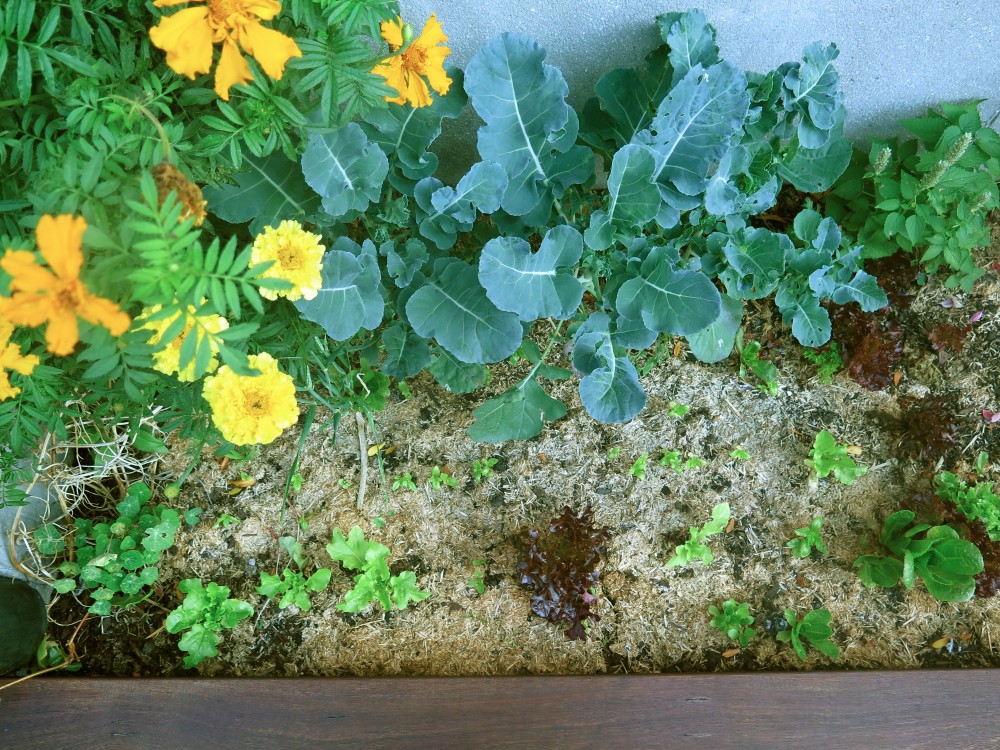 And while you can make the observation that it’s more balcony than garden this is enough for their context and capacity. The small worm farm hiding beneath the stairs for processing food waste. David and Frances think they’ll probably stay here forever now – it seems to have completed their idea of what a good home is. It’s amazing how some clever design thinking, a touch of gumption and community can transform spaces. Future plans include planting some additional fruit trees at the car park level, adding some more compost facilities and I’m voting for some passionfruit vines along that hot concrete wall directly above the annual veggie beds!