I’ve been a *big* fan of Wendell Berry and his writing for a solid 10 years or so. As an author, environmental activist and farmer – his words cut deep for me, get straight to what matters – the earth and our place on it. 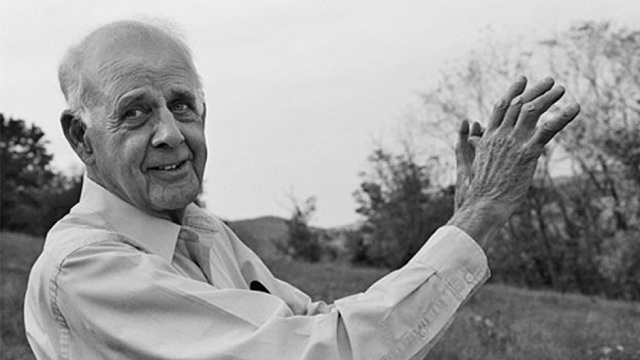 Not being a poet, I struggle to communicate the power of his words and how they pull on my heart – warming and hurting it at the same time…. So instead – I just use them.

A much younger me made a screenprint featuring some of his words – they’re so simple, but resonate so strongly with me I think I pretty much screenprinted every t-shirt I had at the time with the following patch… They come from one of his poems “Below” which reads like so….

“Above trees and rooftops
is the range of symbols:
banner, cross and star;
air war, the mode of those
who live by symbols; the pure
abstraction of travel by air.
Here a spire holds up
an angel with trump and wings;
he’s in his element.
Another lifts a hand
with forefinger pointing up
to admonish that all’s not here.
All’s not. But I aspire
downward. Flyers embrace
the air, and I’m a man
who needs something to hug.
All my dawns cross the horizon
and rise, from underfoot.
What I stand for
is what I stand on.”

I had forgotten about this screen and only just found it gathering dust under our house this past weekend. While I made it around 10 years ago, the words still have such a deep impact on me, so while our little daughter slept, I printed a small number of them to spread the love.

I hope like crazy our little daughter gets to grow big and strong to enjoy this earth of ours. I hope that my deep worry over climate change, the plight of refugees and politics seemingly concerned only with maintaining an economic system that is built to break is nothing. I hope I’m wrong and that it’s all fine. In the meantime, I say *yes* to living a life which puts the earth (and all living things) first – to me this just translate to living simply, locally and with enormous intent to do good.

Thanks to Wendell for being one of the good ones. 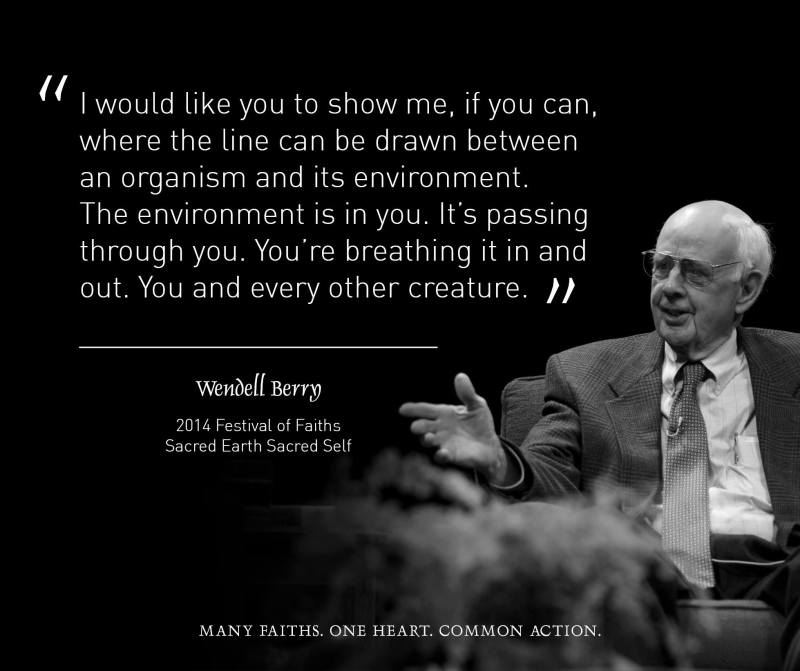 3 Responses to “With Thanks To Wendell”


A special morning visiting a garden (& it's deligh

Design time. Another landscape about to be steward

We've re-homed some of our dear ducks to some frie