Worms. we love them and actually really need them and so, we foster them. Not the type that crawl under your skin (gross), although they’re probably playing an important role I just don’t know about. We’re talking about the types that live in our soils – keeping busy aerating and cycling nutrients making them more available to other members of the soil food web and to the precious plants which we happen to depend on for a good portion of our survival . 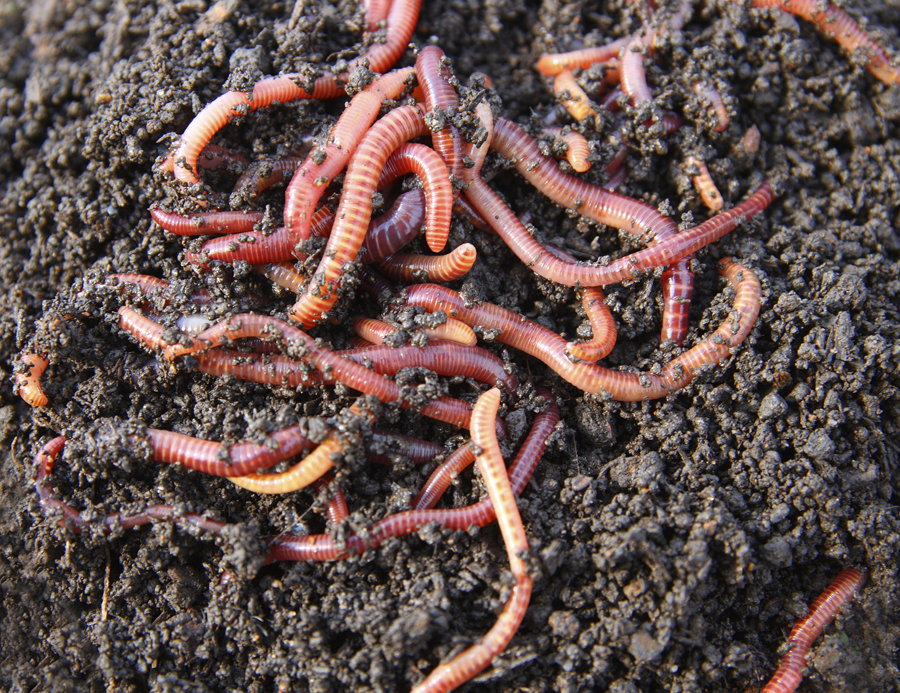 Did you know that…

In one worm, there is around 474, 075 million bacteria – wowzers. These bacteria do an incredibly important job – mainly making minerals available – more on this below.

(Both these facts are from ‘Earthworms in Australia’, David Murphy, pg 26)

The key word used above is ‘available’. The worms do not magic these minerals into existence, they were already present in these quantities, however the worms have changed their form by digesting them (which involves all that bacteria). This process makes them available to plants as the minerals have been changed from being an insoluble form to a plant-available soluble form.

So this is why people keep worm farms – the castings and diluted worm juice (the liquid that comes out of it) are an invaluable fertiliser for food crops. A quick and important note, worm farms can only house compost worms, not your common earth worm you see in the garden or lawn. Compost worms are red wrigglers and tiger worms – you can buy these from nurseries, but you can usually find them at your local school/community garden if you ask nicely. Do not put the common earth worm into a worm farm – they will die.

So what type of worm farm should you have? It all depends, where do you live, i.e. apartment or farm, do you have a big or small garden, do you have lots or only a small amount of of food scraps coming out of your kitchen? Here are some options for you to ponder…

CERES Community Environment Park in Melbourne make their own wheelie bin worm farm which can house thousands of worms and a whole lot of food scraps. The great thing about this design is that there quite easy to move, having wheels and all – so perfect for people who are renting or for the busy cafe/workplace who may need to move it around every now and then.

The bathtub worm farm is a true beauty and, when designed properly, can double as a table for potting up or doing garden jobs on. A few years ago I worked with the Urban Bush Carpenters in Melbourne to build local NGO, Cultivating Community this fancy worm farm you can see above left for a community garden. As well as doubling as a table, you can also use the space below the bath as storage (as well as having a permanent bucket to capture any worm juice.  You can see more info on this one at Urban Bush Carpenters

Of course you can just go and buy a commercial worm farm from most nurseries or hardware shops, you can even add compost worms to a standard compost bin.

You make make your own worm farm from styrofoam boxes. Images from here and here

This version is a great way to start if you’re on a low budget as it’s free or very cheap to start. It simply operates on the same system of having layered boxes with holes in the bottom for drainage and for the worms to travel in between. The bottom box has no holes and captures all the worm juice for you to use later as a fertiliser (dilute it so it looks like the colour of weak tea) for the veggie patch. 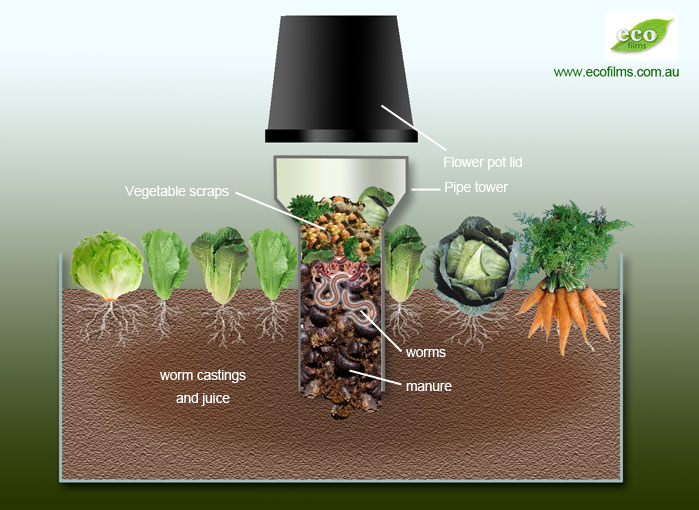 We love this one as it’s integrated INTO your garden so the benefits for your food crops are immediate and fantastic. You can buy them commercially, but they’re so easy to make we think you should just do it that way. All you need is some large pipe (ideally no smaller than 200mm wide), a pot plant to fit on the top as a hat and a drill to put holes into it. 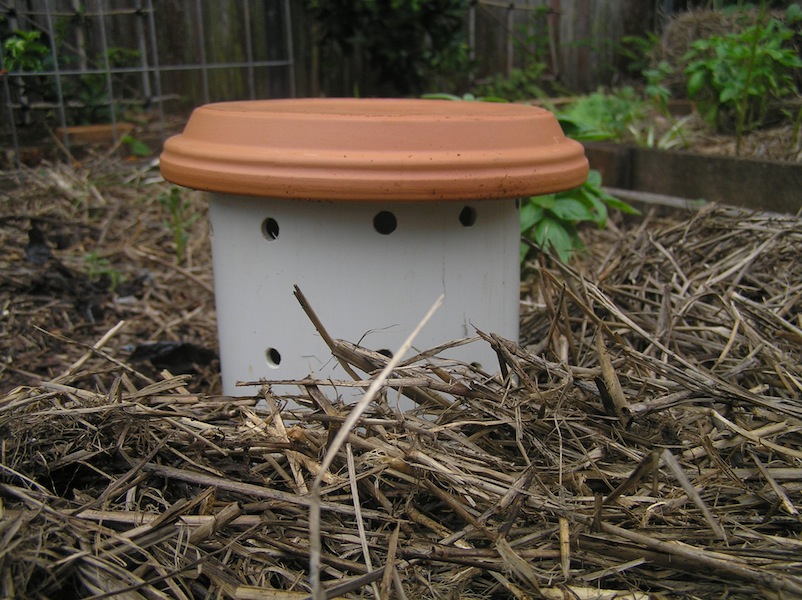 This is what it looks like once installed into your garden. Image from here Drill a number of holes of various sizes that the worms can travel in and out of. Image from here

But will your worms run away? Not if you continue feeding them fresh food scraps, as long as you do this they’re not going anywhere. It’s a great system for the forgetful  as you can’t kill your worms through neglect, they’ll simply leave and find food elsewhere.

There’s literally a type of worm farm for any context, this is just a taster. Have a fun time exploring the options, just make sure you get one, they’re the bomb.

23 Responses to “What Worm Farm Is Best For You?”