Nasturtiums are my favourite plant ever – one of my earliest memories is of drinking rain drops out of their leaves (cause that’s how the fairies did it) and they’ve really stuck with me ever since. As I grew older I loved the fact the you can eat the leaves, flowers and make ‘poor man capers’ out of the seed pods, plus they’re a great living mulch in the garden, attract beneficial insects and easy on the eye.

Over the years I’ve planted them in pretty much every house I’ve lived in and these days I have a giant mural of them on our bathroom wall. I even took it to the next level and requested that Anton (my now husband) sew my wedding dress so it depicted a nasturtium patch… And he did – it’s amazing, as is he. So when I found out that there’s a perennial nasturtium (called mashua) only less than a year ago – well, I got excited. 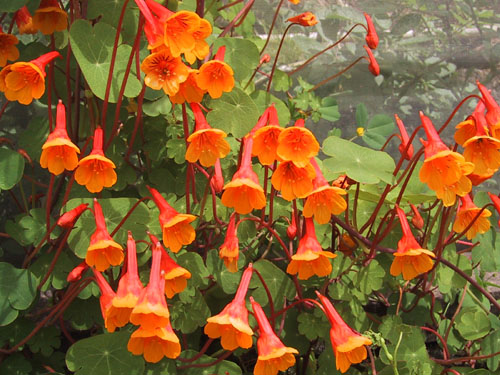 It’s official name is Mashua (Tropaeolum tuberosum) and it was traditionally grown in South America as a root crop. That’s right people, you can eat the leaves, flower AND TUBERS. I know, amazing.

While it is a perennial, it’s sensitive to frost and cold so will die back in winter and grow fresh plants from new tubers in spring. So late winter is the time to pull it up, subdivide all those tubers for eating and/or growing. 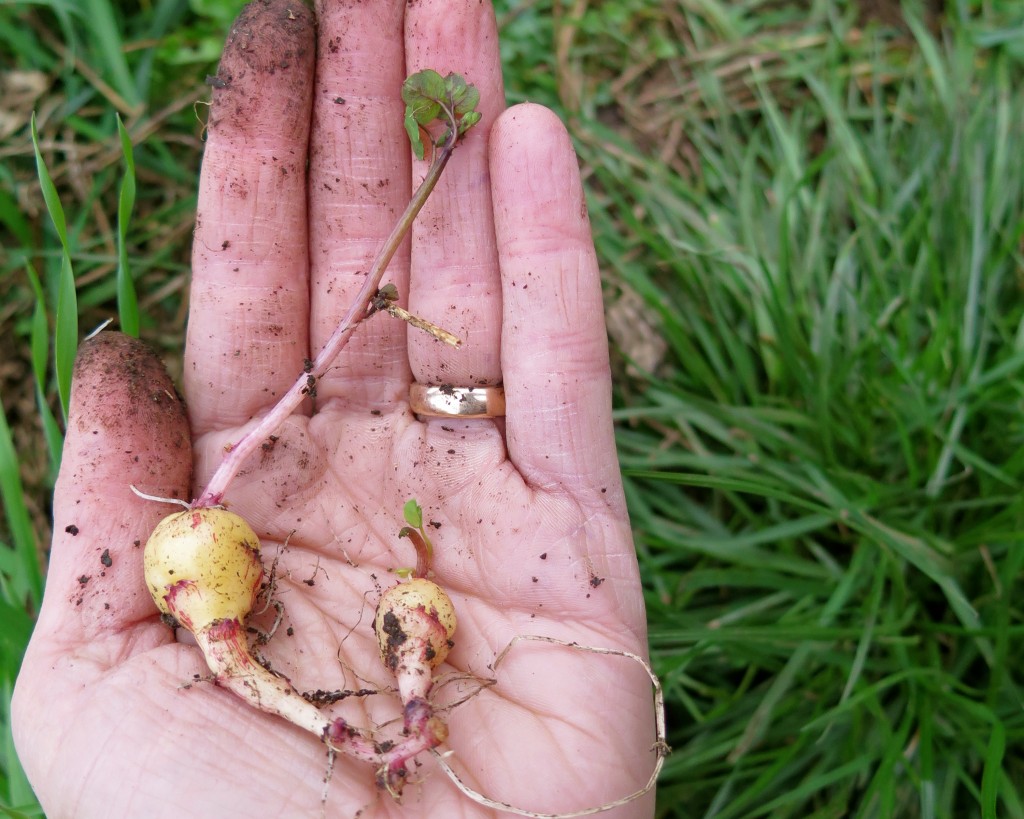 It grows rampantly as a climber or ground cover and the flowers and leaves are similar to the common nasturtium plant, but have their own twist. 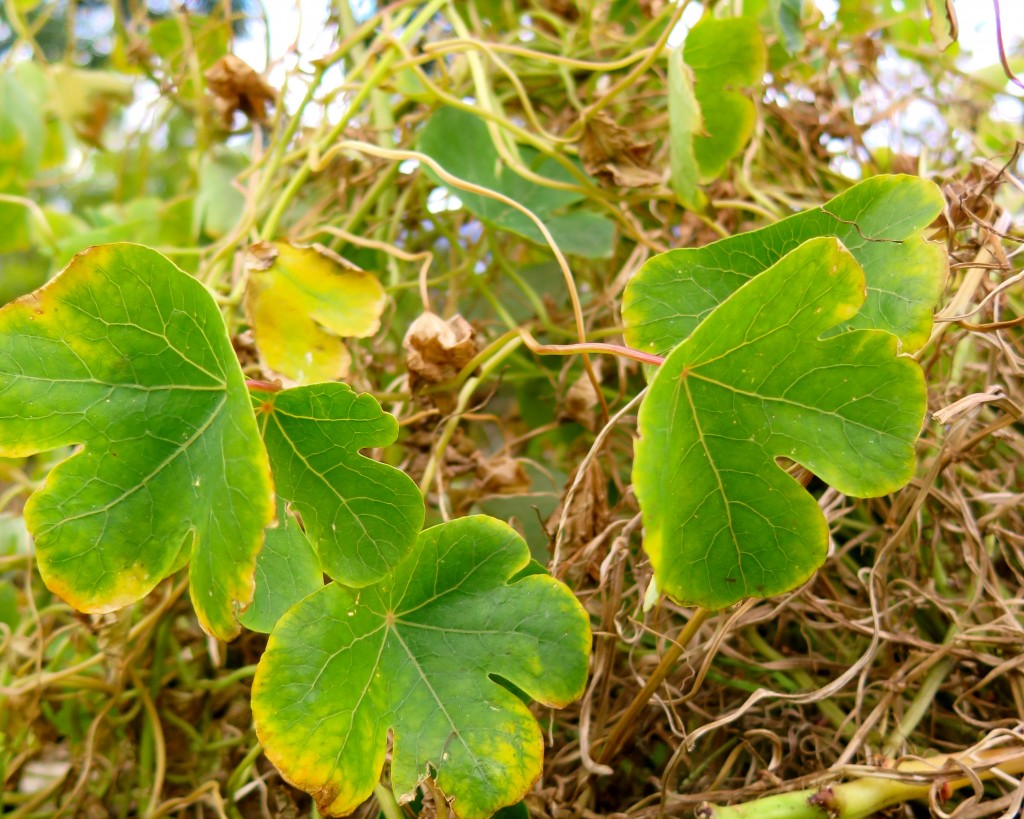 The leaves die back as the cold sets in with winter

As this was the first time we grew the plant, we just watched to see what would happen. They spread out under our fruit trees, had a half hearted go at flowering (it was a bit cold) and then slowly started to shut down and go ‘green/brown’ as winter set in. 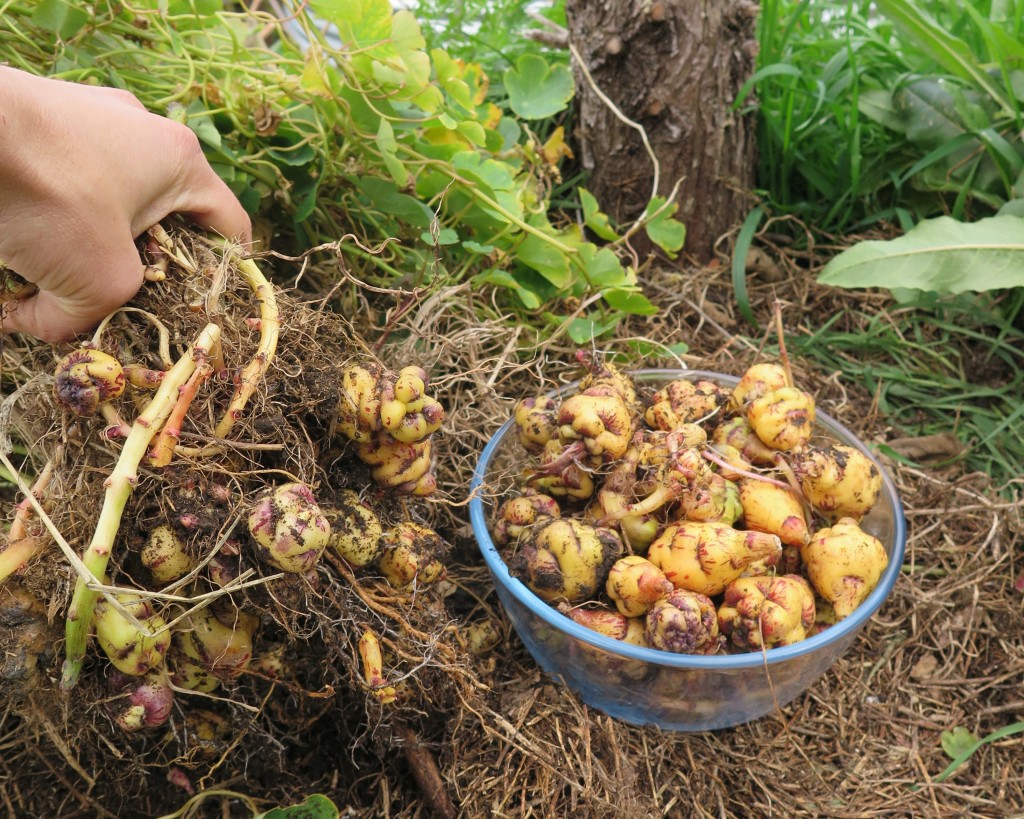 In recent weeks we started weeding the orchard and noticed a plethora of tubers at the base of each plant. Up until then, we didn’t realise that (a) they had such prolific tuber production and, (b) you could eat them. It was a happy day of discoveries that one. So far we’ve only tried eating them roasted (just like potatoes), sadly we weren’t in love with their taste, but will keep trying different recipes until we are. 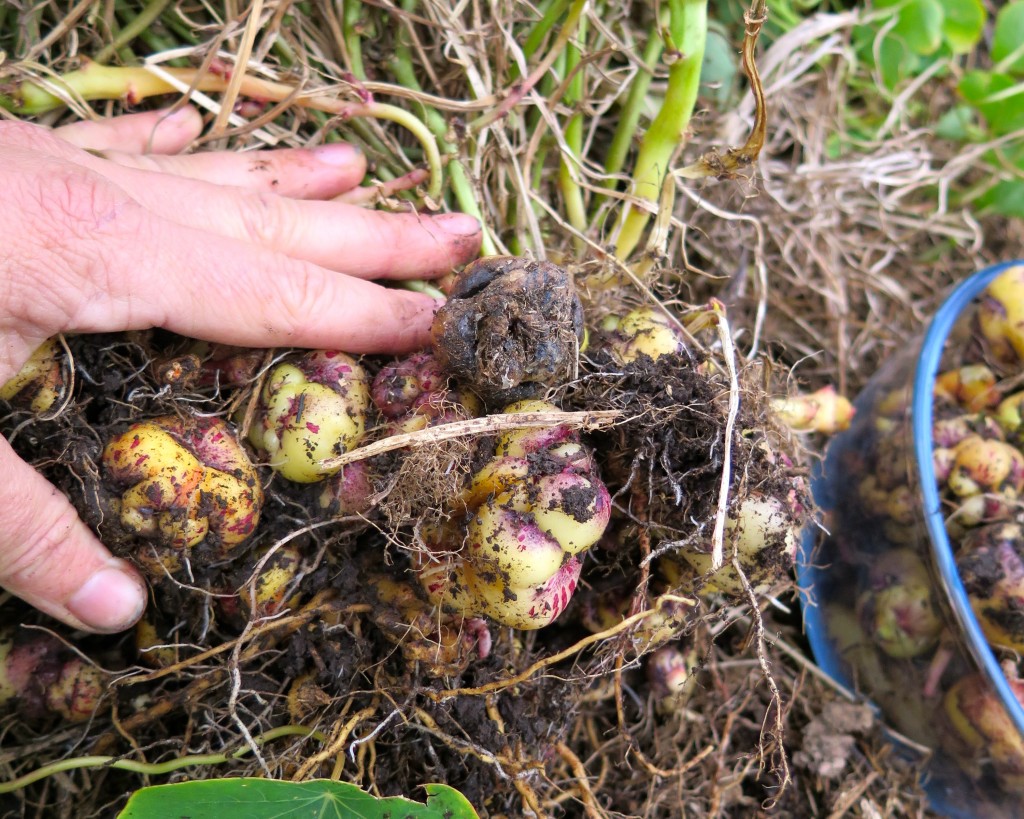 And they’re beautiful, don’t you think? We’ve currently got a big bowl of them in our house and each friend who comes through leaves with at least one in their pocket to have a go in their own gardens. Plus we’ve sent some over to the Hobart City Farm to grow in their perennial beds. Gotta spread the love round. 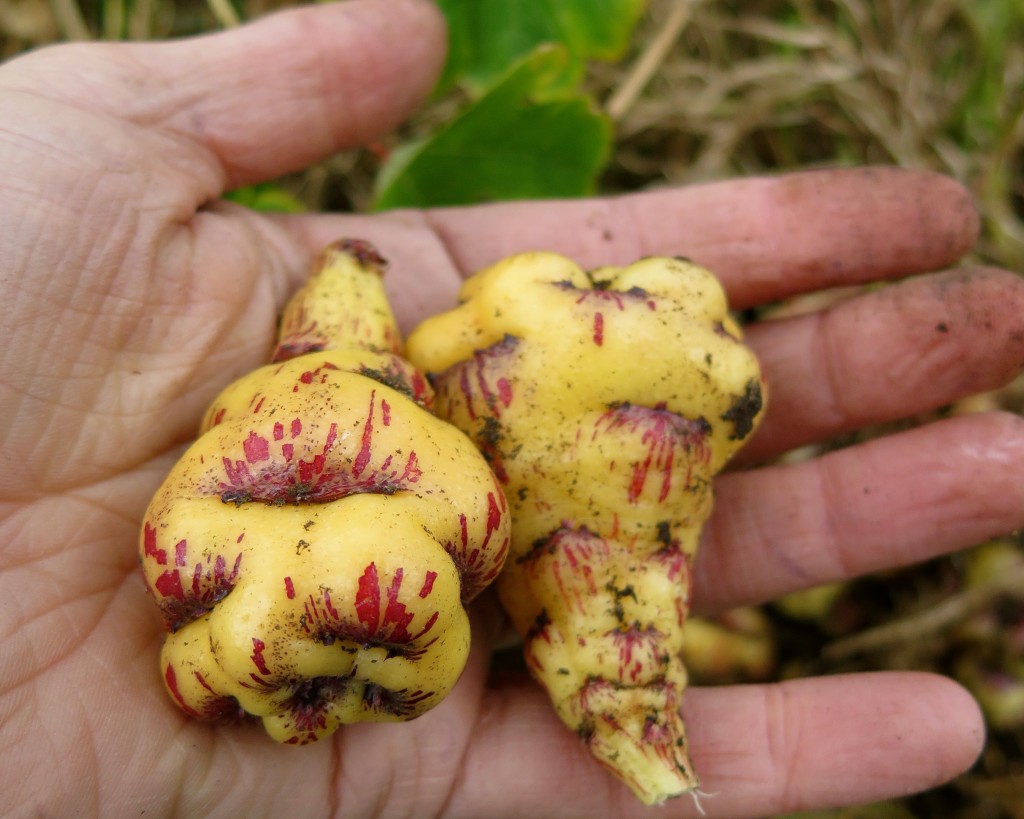 We’re feeling a bit ‘mashua rich’ at the moment – all this loot came  from one plant. 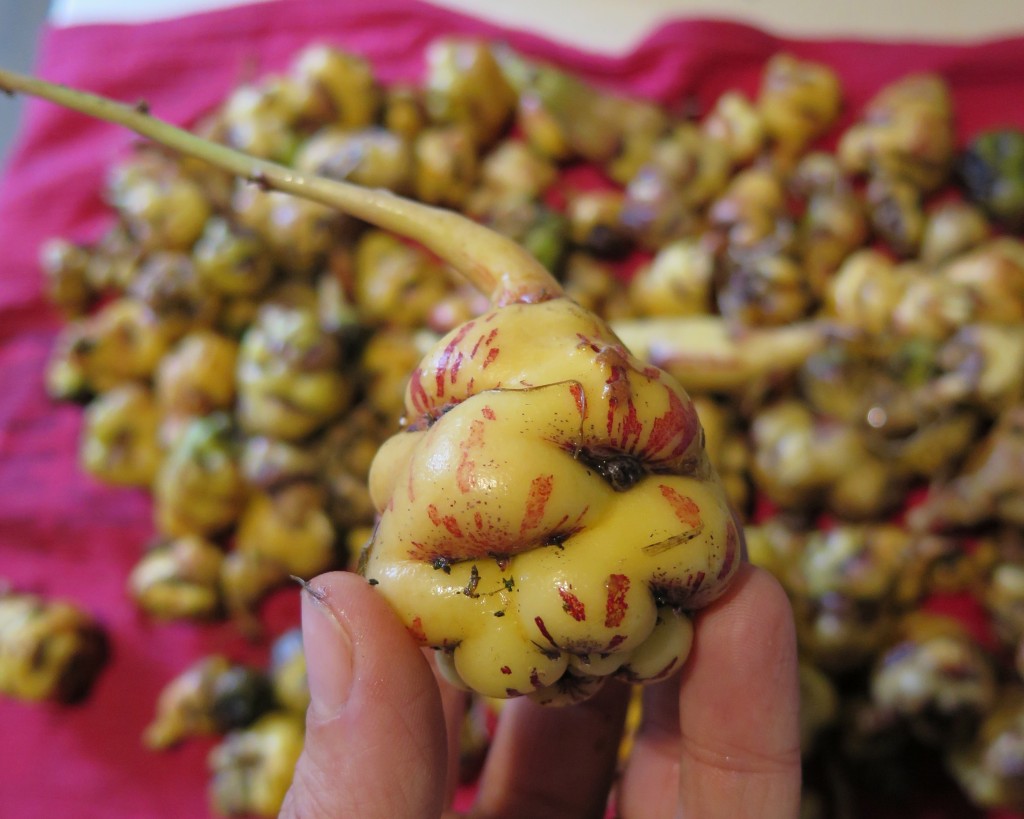 From what we can gather, mashua generally grows in a temperate climate and, like seed potatoes you can cut each one into smaller bits, with each one becoming its own plant. If you do this, just make sure each piece has at least two eyes (the dimply depressions) on it and that you harden them off so the cut can dry out and form a callus.

Where can you get your own mashua plant?

If you’re lucky enough to be in Tasmania, visit Provenance Growers at the Hobart Farm Gate Market and they’ll sort you out. If you’re in the US, I found this fantastic mob called Cultivariable who stock it, plus a million other great, lesser known food plants.

12 Responses to “Mashua: AKA Perennial Nasturtium”